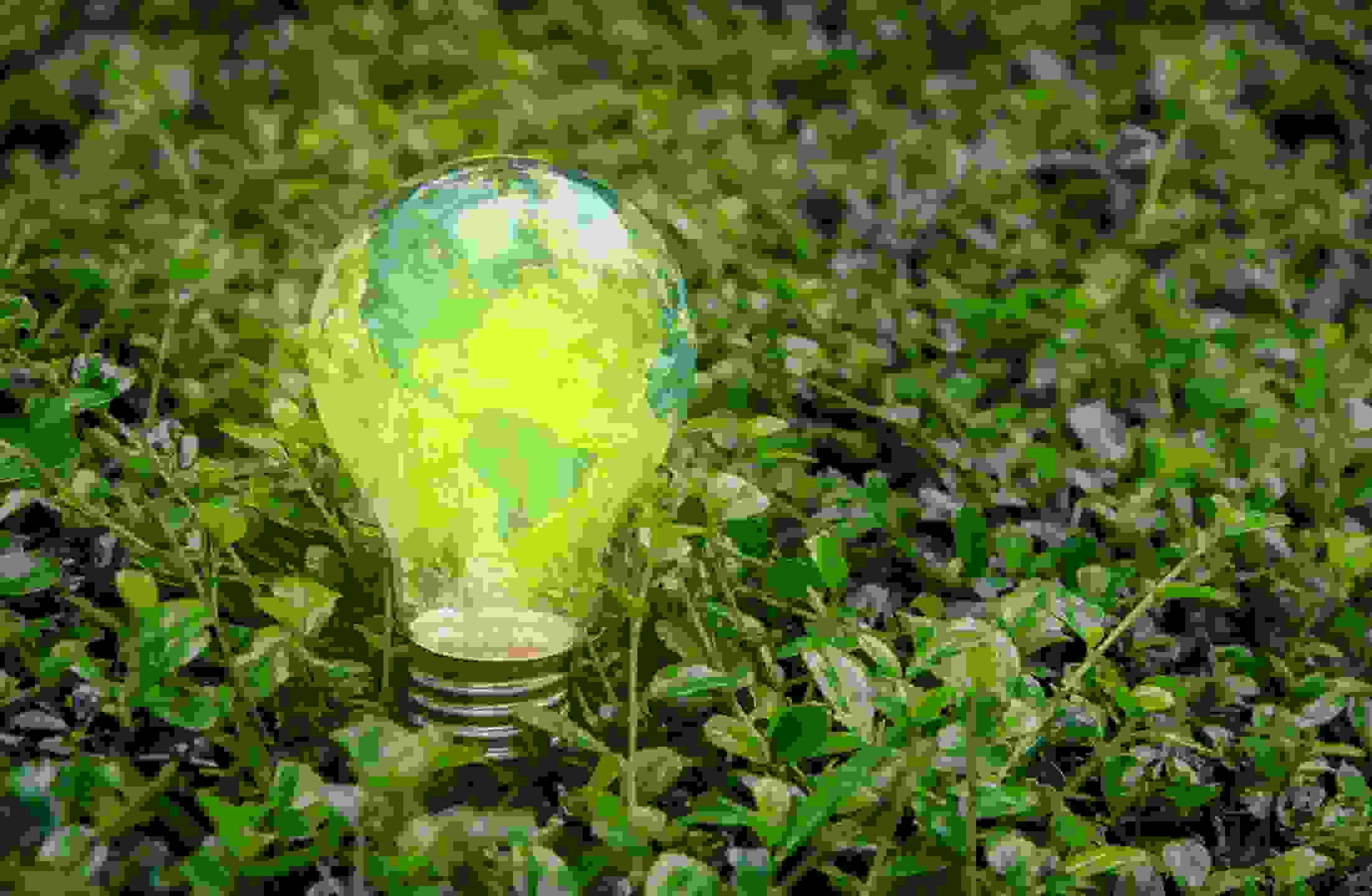 Definitely not Labor-like BUT now it is "Labor's cash splash".

So then we hear the facts -

Which means a few paint tins and new "ain't we great" signposts. Again there's no discussion of actual benefits, just PR flak, nor details of resource and congestion effects, given how the economy really works.

That governance is at its lowest historical ebb is not new

"Jobs jobs jobs" was a mantra under the Turnbull Government which was betrayed in important respects, such as the regional impacts of ports and freight, and regional tourism targets.  That will be explained a little later.

On 13 October 2019, national Treasurer Josh Frydenberg, was reported in “Metros on fast track in Federal cash boost”, by Shane Wright and Lisa Visentin in the Sydney Morning Herald and The Age, as having said at a meeting of Treasurers, the following phases and others:

The SMH had previously glossed-over the realities of the NW Metro, over a year and more, their “astonishing 1.5 million travellers in the first two weeks” after opening being in contrast to its break-even patronage being that level every day. The other metros have no due-diligence legitimacy which they refuse to acknowledge.

The same projects in the absence of “a plan” were described by the NSW Coalition as Labor’s “planning stench”; but as they now come from the Coalition’s inner sanctums, still without “a plan”, the defects have been shrouded in myth. Further, this analyst has published critiques of the Morrison Budgets and the mis-description of the effects on the economies of cities and regions (including worsening congestion). The previous Labor Treasurer, Michael Costa, acted responsibly to exposethe economic damage associated with the NW Metro – which Berejiklian re-created through deceit; this being the opposite of Perrottet’s cavalier disregard for prudential wisdom.

To explain, the immediately obvious defects in Frydenberg’s set-up were sent to him and 16 other Coalition heavies, as being:

* as documented in detail on websites

By the bye, the same story blew up again on 29 October, with NSW Transport Minister Constance's brainsnap over demanding $20 billion from Frydenberg (https://sydneyimprovementpolitics.com/bairdijiklian-big-lies).

The backstory, or grounds for pessimism, included, in recent times,

The Australian system does not have "confirmation hearings" for such political appointees.  If it did, the following would have emerged:

Frydenberg’s statement continued the loss of professionalism (damaging intergenerational equity) that was initiated by Labor in NSW but refined and extended by the Coalition from 2010 in NSW and 2015 nationally, how else could “waste” have reached $40,000,000,000 already (see the chart above).

Add to waste the lost opportunities which are described at “The Value Proposition” and elsewhere on the three websites.

Finally, there have been learned opinions going back to 2001 and the only metro-inclusive master plan – that was ditched by Labor’s metromaniacs. Critics of Labor are now boosters of Berejiklian’s parallel dud results. It is time to pause, and to heed these three opinions which resonate with truth:

If you want anyone to change, you have to persuade them they have a problem. Then you have to explain the solution.

In 2009 the Property Council was faced with a less challenging CBD Metro and it called for a pause when that metro’s stand-alone status became untenable. What the PCA said then is even truer now:

Ad hoc, project-by-project decision-making does not constitute planning, and could pre-empt the best transport solution. Decisions significantly affecting the development of Sydney, such as on the Metro projects, cannot be made without an overall long-term metropolitan plan. Sydney is too important.

IT CAME APART ON THE 16TH OCTOBER 2019 WHEN PM MORRISON REBUFFED TREASURER FRYDENBERG, THE BUSINESS LOBBIES, THE GOVERNOR OF THE RESERVE BANK, AND ETHICAL PRACTICES (PLAGIARISM AGAIN)

Not Turnbull's cup of tea

Great emphasis was put on three major stimulus areas over the sweep of the Turnbull/Morrison Budgets (apart from corporate tax reductions and the like):

The situation with tourism was catastrophic, see https://www.onlineopinion.com.au/view.asp?article=17508.

The freight and ports case is even worse as a cabal centred on Port Botany is hurting "Morrison's Backyard", Inland Rail, Newcastle and the Illawarra, SW and Western Sydney commuting and employment re-balancing, and on and on it goes - https://www.thedcn.com.au/industry-opinion-nsw-on-the-wrong-track/.

The $100 billion collapsed under early cross-examination, which should have been done in Parliament and the media well before - see the various pages on this site as well as https://sydneybetrayals.me/budget-fed-nsw-blues/.

The bottom line is, there appears to be a vacuum at the centre of national economic policy-making.  Does the core responsibility belong in national and regional infrastructure (McCormack), Treasury (Frydenberg now neutered by the PM), or the PM who has made an unfortunate "captain's call"? 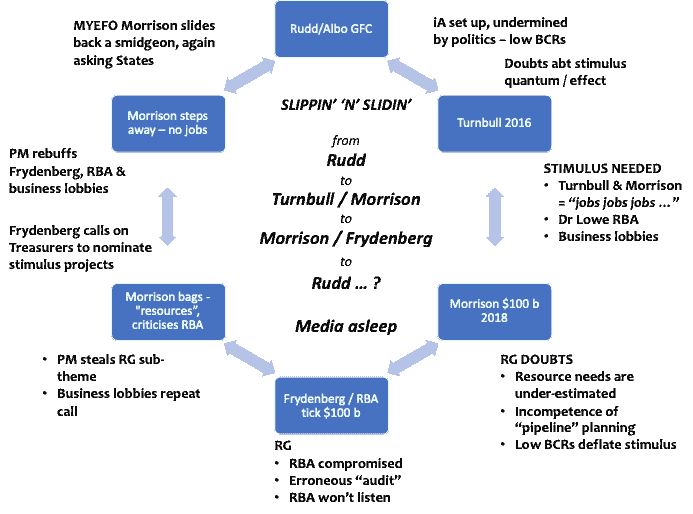 THEN PM MORRISON CANCELLED THE PARTY

Mr Albanese MP started Infrastructure Australia and would be well aware that option-testing is an essential first stage, with needs assessment, of all due diligence protocols. Sir Rod Eddington, in London especially, and Nick Greiner in iNSW, gave many examples of why this is vital to cost effectiveness. The logic applies to HST and the West and St Marys Metros, the 3-Port strategy and supporting infrastructure, and innerwest congestion etcetera.


As a reminder, the Australian Infrastructure Plan is clear:

In Sir Rod’s words in London,

There are good returns across the priority areas, but smaller projects which unblock pinch-points, variable infrastructure schemes to support public transport in urban areas and international gateway surface access projects are likely to offer the very highest returns, sometimes higher than £10 for every pound spent. However, large projects with speculative benefits and relying on untested technology, are unlikely to generate attractive returns.

4. The policy process needs to be rigorous and systematic: start with the three strategic economic priorities, define the problems, consider the full range of modal options using appraisal techniques that include full environmental and social costs and benefits, and ensure that spending is focused on the best policies…