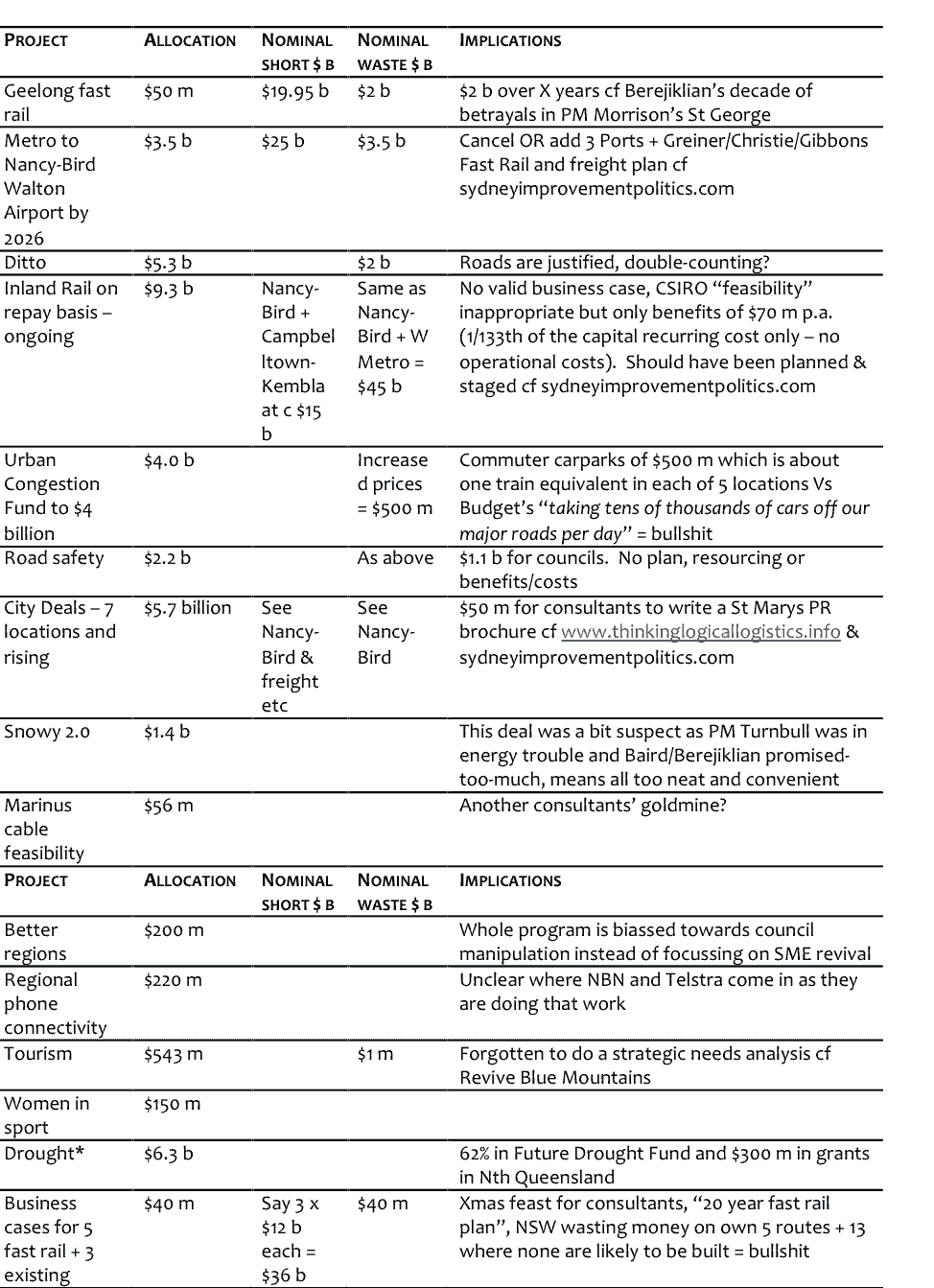 The essential elements of reform

The table was presented to the then PM and head of DIRD, Mr Mike Mrdak and then Dr Stephen Kennedy, in 2017.  No replies were received and two years of reform opportunities lost.  The policy background seen in this website was in place through a number of reports.

Here is the intended Terms of Reference to the proposed national panel which would be independent of vested interests and include eminents from overseas such the former D-G of Transport in Toronto.

The essential of participative planning was taken from the Royal Commission into the Improvement of the City of Sydney and its Suburbs (1908-09), Sir Rod Eddington's East-West inquiries in both London and Melbourne, and my work in Newcastle (again echoing 1909).

some formatting lost in translation from Word

The Panel will commission Options & Scenarios papers on

i. Revenues from fare box, tolls, levies, practicable and equitable value capture, and explicit subsidies from all levels of government, discounted and compared with

i. Trends in housing costs and

Naturally there would be updating to take account of the disastrous WS City Deal and the challenges trailing the NW first section of the main Sydney Metro.  Much the same can be said of Melbourne with changes in freeways and the promised middle circumferential metro.